A new album, a special guest of Sanremo, the vinyl reissue of her historic album, prime time shows on Raiuno and many new projects to celebrate Loredana's 70 anniversary.

On February 2020 Loredana resumes her role as judge of the evening for AMICI19, unfortunately participating only for the first 2 episodes out of the 9 planned due to the global pandemic of Covid-19 which saw the region of Lombardy, where Loredana is a resident, particularly affected by the pandemic.

Her LiBertè Theater Tour 2020, which should have started in February 2020, has also been postponed to next autumn.

Conforming to the Dpcm of March 9th #IORESTOACASA, while remaining at home, Loredana makes use of her public image and personal channels for the fundraising campaign “Aiutiamoli ad Aiutarci” (Let’s help them to help us” for the FONDAZIONE CAREGGI (FI) and the GRUPPO SAN DONATO (MI-BG-BS), in order to purchase all the necessary equipment to fight Coronavirus: from masks to ventilators and whatever else is needed by healthcare personnel to be able to operate safely.

She also takes part in a much wider project, #ITALIANALLSTARS4LIFE – from an idea by Franco Zanetti editor of Rockol Magazine in collaboration with Tagagi & Ketra e Dardust – which saw more than fifty among the biggest italian artist reinterpret the italian classic Ma il cielo è sempre più blu, by Rino Gaetano, to which followed a music video on May 8th.

The charity initiative is supported by Amazon with the help of other associations active in the music business (Afi, Fimi and Pmi). All rights of the track will be donated to the Italian Red Cross program.

On sempter 20th we kick off with a complete restyling of the official website and the social channels.

Many other events will follow, such as the new album of unreleased songs, probably anticipated by a new single.

On September 18th, as an “appetizer” of all things to come, we will have the exclusive vinyl reissue of “LOREDANABERTE’ “:” LOREDANABERTE ’” – 70Bertè Edition.

The re-release coincides with the 40th anniversary from the publication of the first eponymous album, and this is only the first of SERIES-EVENT of vinyl re-releases celebrating one of the greatest italian songstress An artist always ahead of her time not just for what concerns music, but also style, fashion, fight for rights, always standing for those who wanted and still want a better and fairer world for everyone: 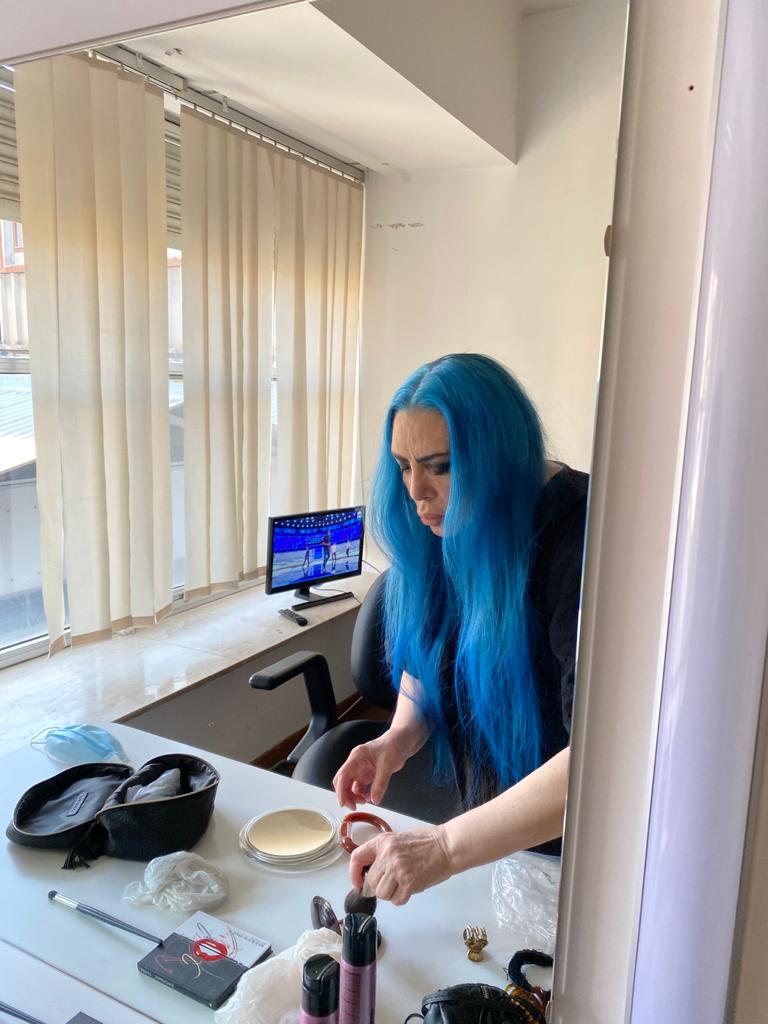 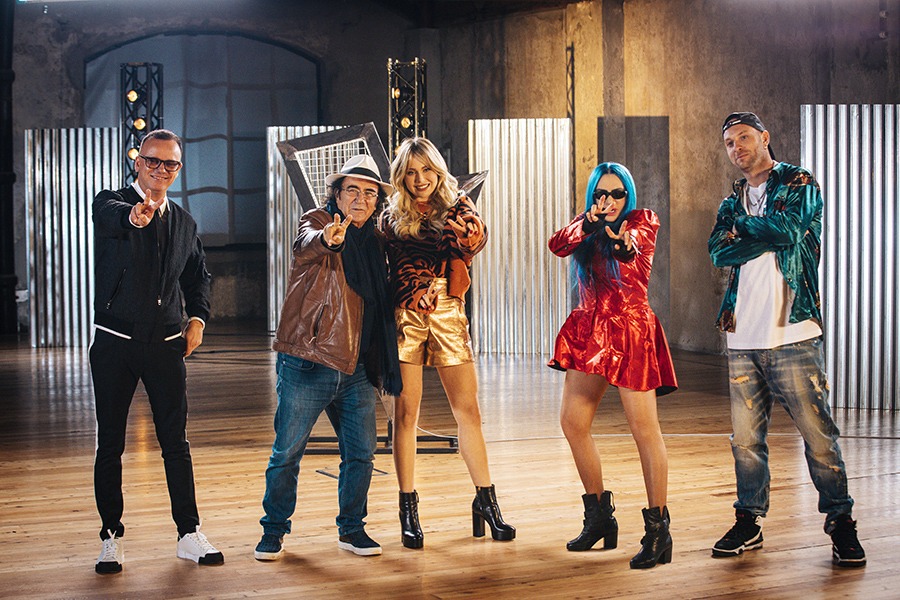 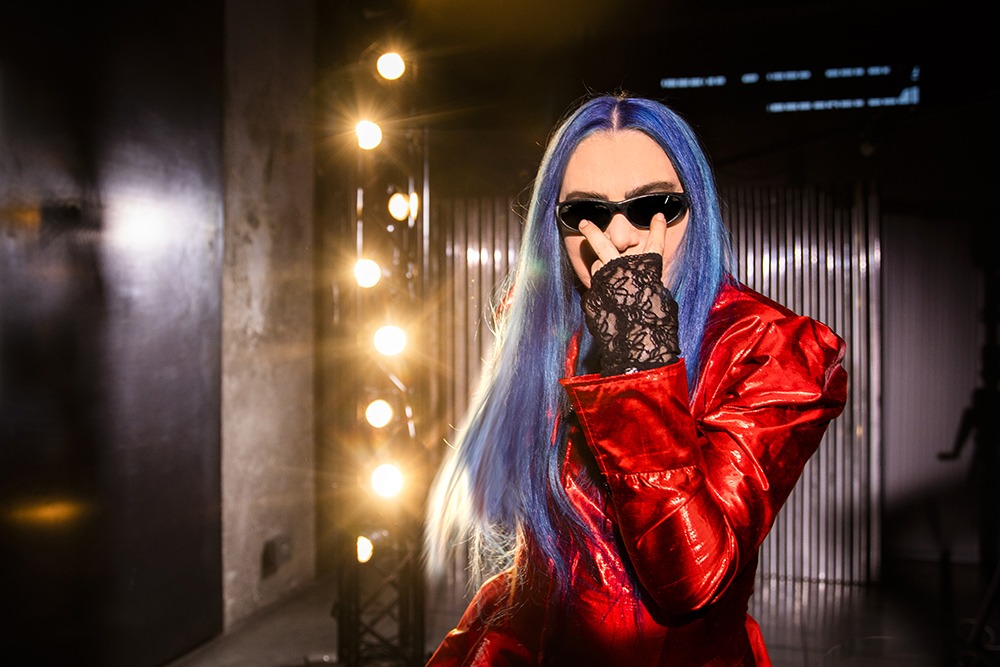 Between November and December 2020 she is the coach of the first season of The Voice Senior, aired in prime time on Raiuno. This season’s winner is Erminio Sinni contestant in Loredana’s Team.

A new TV show which registered an impressive audience share.

From October 2021 to January 2022 she returns as a judge for The Voice Senior 2, aired in prime time on Raiuno.

The new single ”Figlia di…” is released on March 3rd and reaches the TOP 20 of the most aired song in Italy and, in a few months, it is certified Gold. The song will become the new ”anthem” of women’s empowerment and freedom: Vasco Rossi himself will make a post on IG where he will define himself as a Son of… Loredana.

The Figlia di… Summer Tour 2021 starts on July 30th: the first tour after the COVID-19 pandemic. 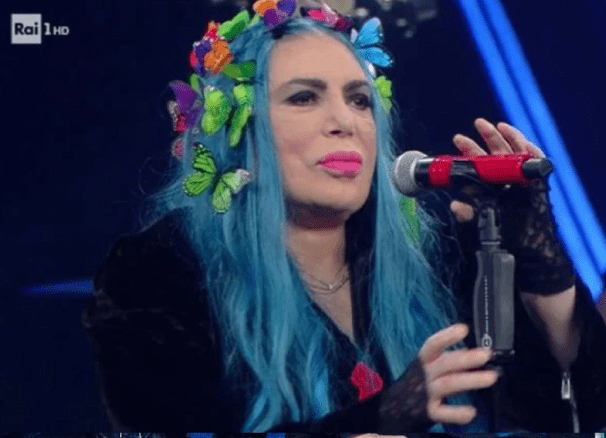 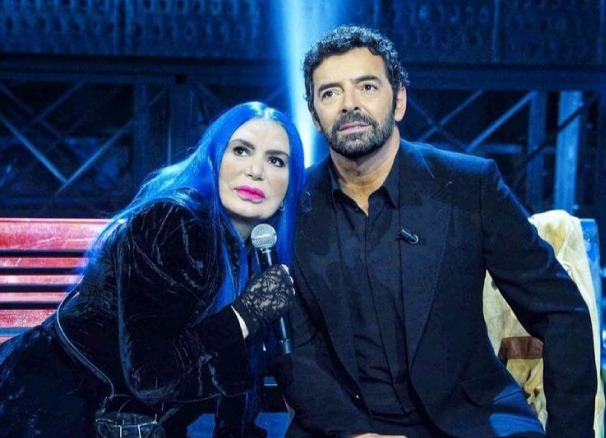 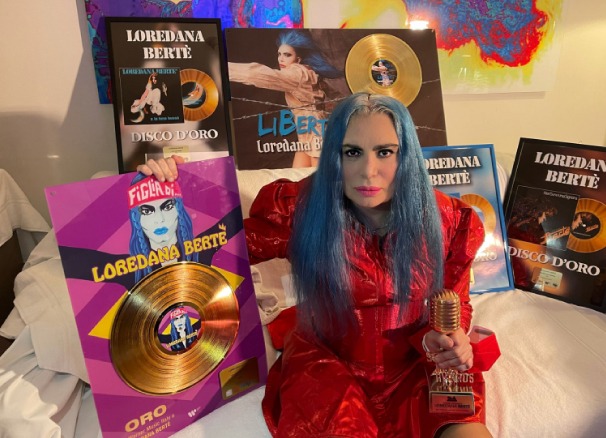 The Success and Gold Certified Records

On September 10th, during the Seat Music Awards airing on Raiuno, live from the Arena di Verona, she is awarded the Premio Speciale SMA for the ‘’transversality’’ shown during 5 decades of career as the sole artist of her generation having hits both in the past and in the future at the same time.

As a demonstration of the transversally of the artist, in merely two weeks FIMI certified:

– Gold record for the single of “Figlia di…”;

– Gold record for the “LiBertè” record;

On September 16th ‘’Ancora più bello’’ is released in theatres. Directed by Claudio Norza, the movie is a sequel of ‘’Sul più bello’’ where Loredana appears in a brief cameo around the end of the movie as Delfina Meyer, boss of a multinational company dealing with cyber security. A character who resembles that played by Meryl Streep in ”The Devil Wears Prada”

On October 28th the animated movie ”The Addams Family 2” is released in the theatres, where Loredana lends her voice to the eccentric character Grandmama Addams. 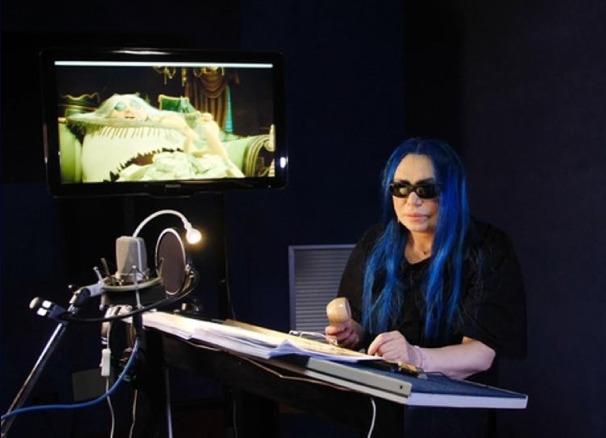 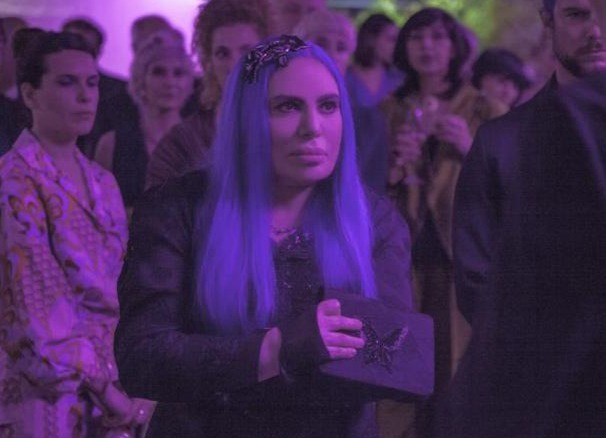 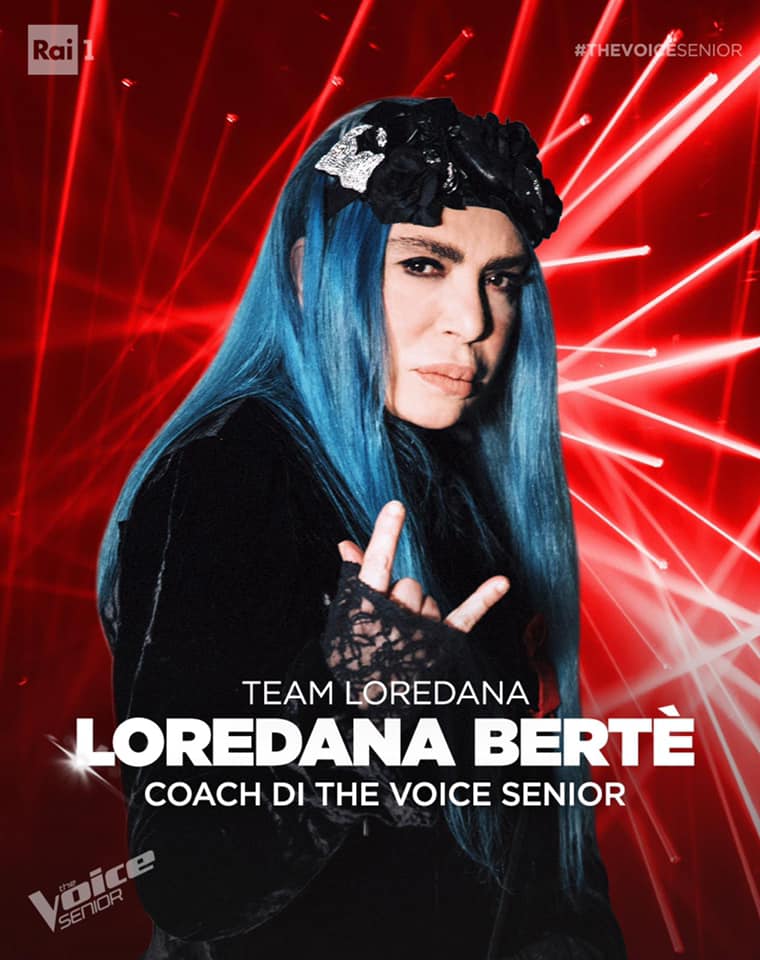 From October to January she comes back as a coach for The Voice Senior 2aired in prime time on Raiuno.

The cover of the album is provided by Alan Gelati, renown for his portraits of celebrities (from Nicole Kidman to Kim Kardashian, from Janet Jackson to Cate Blanchett) for major periodicals (Vogue, Vanity Fair, In Style, MySelf, etc…)

The album is preceded by the single ”Bollywood”, released on October 25th, written by Riccardo Zanotti, frontman of the band Pinguini Tattici Nucleari and by the author and producer Giorgio Pesenti. The lyrics have been written in collaboration with Loredana, leaving her unmistakable mark.

The music video is produced once again by the contemporary art duo ConiglioViola.

The album includes 3 featurings, namely with Fedez, J-Ax and Nitro. 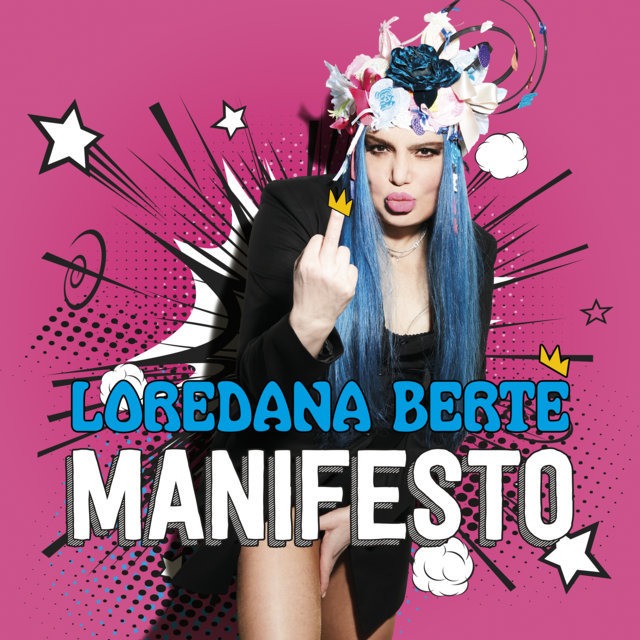 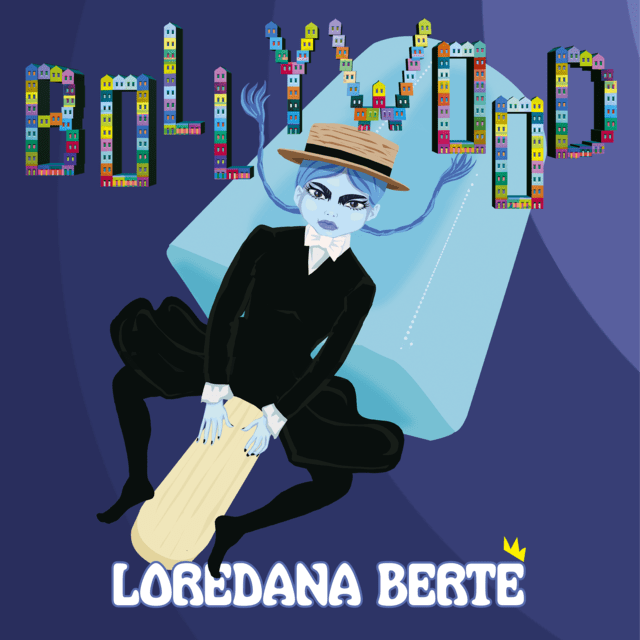 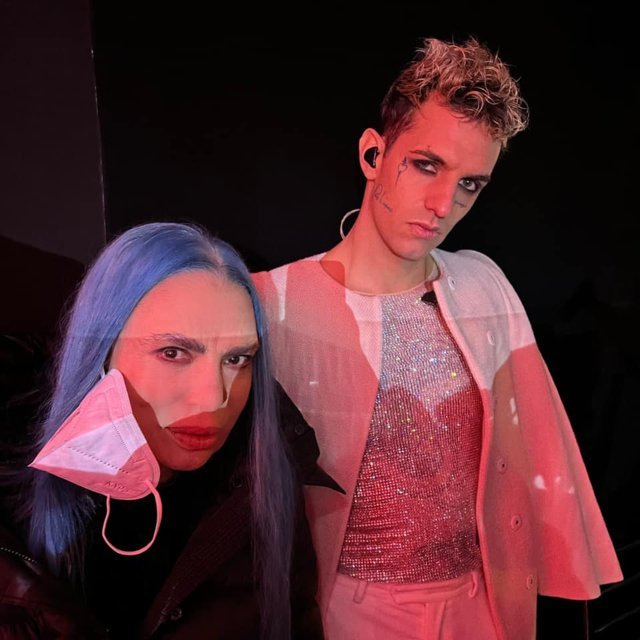 During the fourth night of the Sanremo Music Festival 2022, Loredana performed with Achille Lauro her hit ”Sei Bellissima”.

Starting from February 25th 2022, she will resume her theater tour ”Manifesto” – Tour Teatrale 2022, previously interrupted by the COVID-19 pandemic, starting from the Teatro Verdi in Montecatini